Soma LNG Terminal is the first large-scale LNG terminal in Fukushima Prefecture, comprising two LNG tanks with a capacity of 230,000kL, the largest class ground type-type tanks in Japan. The terminal receives and stores LNG from abroad, vaporizes LNG and sends out LNG vaporized gas into pipelines, and ship LNG in its original liquefied form.

Soma LNG Terminal is the first terminal of our own that is provided with a receiving jetty for ocean-going LNG carriers. The Terminal, which is central to our domestic gas distribution network, has contributed to increasing the volume and stability of natural gas supply in Japan.

Overview of the Terminal 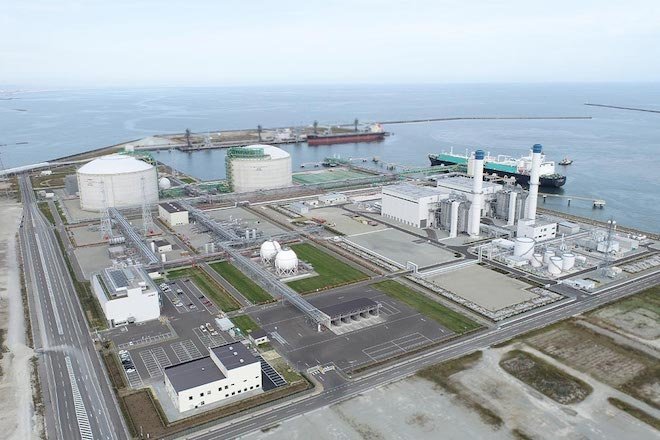 *2: No.2 tank and the two vaporizing facilities for power generating fuels are constructed in Phase ll (with JAPEX managing and operating them as the FGP's assets).